I Know the Plans I Have for You

God Has Plans for Us, Not Just One but Many Plans

A year ago, while traveling for the ministry, I attended Mass at a Catholic Church in St. Johns, Florida. Launching their Annual Bishop’s Stewardship Appeal, they played a video presentation during the homily to inspire giving from the parishioners. A couple minutes into the video, I was compelled by the vocation story of a deacon, Michael Elias, studying at the seminary. Although no longer a young man, he was in his fourth year of studying for the priesthood, yet had never even imagined the call.

Mike was born in a small village outside of Jerusalem, and his family came to Jacksonville, Florida when he was 8 years old. The verse that he really loved from the Old Testament is one that has been given to me time and again along my faith walk, Jeremiah 29:11.

“For I know the plans I have for you, says the Lord.”

What struck Deacon Mike is that it wasn’t plan, but plans. That God has given him a different plan throughout different stages of his life. He had been working for his dad in corporate America when he was young, then took care of his parents for 10 years, and now found himself pursing another plan God had desired.

For the 15 years leading up to God calling Him to the priesthood, he went to daily Mass. Every time he was driving to Mass in the car, was praying, speaking, or complaining to God. It was in the car where Deacon received the call, and he couldn’t believe what he heard. Every time he recalled it, the tears flowed. Yet I think that how many little yeses in his life, especially during those 15 years of daily Masses, led him to give God that big yes! Nothing is wasted in God’s economy.

I was intrigued because I’ve so often heard people talk about God’s will like there’s one set plan. So I came to think that if I mess up my part of that plan, then I’ve missed the window. The ship has sailed. My chance was lost on whatever I failed to do. When in reality, I think it’s more that God’s plan involves an intricate interweaving of millions of smaller plans across every minute of every hour of every day across every year until the end of time. Since God knows everything each of us has, is, and will do in our lifetimes, His plan accounts for and adjusts to how the plans play out, given our free will decisions. Even from our failures, God can bring about His plans—sometimes even better.

I think my vocation has been the hardest area for me to accede to God’s plans. Partly because of this idea of seeing things more two-dimensionally, that there is a set plan by God, and I have to work to achieve it. But mostly it has been hard because of my lack of patience and trust. And since living my vocation according to God’s will is path to holiness, Satan and his cohorts are also always trying to derail me.

Back in 2015, my first published article “6 Pieces of Hard-Earned Advice I Gained from My Single Years” was featured in Verily Magazine. I wrote that piece “from the other side,” as a happily married woman. I felt like sharing some of the greatest lessons that those long years of waiting to meet my husband taught me, hoping they might help some other struggling souls. Not trusting souls, but those who could relate to me, who were spending entirely too much energy on trying to move God’s plan along instead of just trying to be in it. While I had great jobs, friends, experiences, and travel, I could’ve enjoyed the present moments much more had I not been so hung up on “where is he?”

Reading that article now, I feel like most of those six things also apply to the other major part of my vocation that I’ve been waiting on—motherhood. For those who haven’t been following my journey here these past couple of years, we’ve had 11 years of infertility. Since I now consider that God’s plan isn’t a static target that I’ll lose if I don’t hit the bullseye by a certain time, I have a few further insights to add to a new list for those of us waiting on God in our vocation—whatever that may be. So here are three new things to add to the list about growing stronger through waiting on the Lord as His plans continue to unfold for us.

I was reminded of this by the Holy Spirit speaking through a teammate while on our annual team retreat a few weeks back. He made me recall that His will is not bound by a timeframe. There is not a small window where His will can happen. If it is God’s plan, nothing will stop it, ever. If we can embrace that, we find freedom that what will be will be, no matter what we do or fail to do.

Conversely, if it’s not in God’s plan, it’s not going to happen. The problem with this is that some of us are so bent on having God’s plan fit into our plan or timeframe, that we grasp and try to drive our outcomes. That always ends in disaster. Trust the process. Trust the plans of the Master Planner who wants only the best for His children.

Consider that God is not One who rushes. His plan unfolds slowly over time and space. To illustrate this in one of the hundreds of examples in the Scriptures, let’s reference the verse right before Jeremiah 29:11.

In verse 10, it says,” For thus says the Lord: When seventy years are completed for Babylon, I will visit you, and I will fulfill to you my promise and bring you back to this place.” How many years needed to pass before God would visit and fulfill His promise? SEVENTY. As in 10 years 7 times over. So yeah, if you think you’ve been waiting, has it been 7 decades yet?

Several years ago, someone prophesied a profound message over me. I’ll never forget what he said about rushing.

The Devil wants you to be hasty. You’re wearing him out with patience. The Devil gets mad when you’re patient and wait for God’s very best. And God’s going to make sure it gets to you.”

God is not in the business of hustling. His work is a steady build unveiled over time, knowing exactly when the gifts should be given. Hold out and don’t worry. He’s got this.

For anyone else who struggles with trying to be in control, this will be a hard one for you. As a planner who has a husband who loves to surprise me, I’ve had to learn to let myself be surprised. The same holds true for God.

Making demands on God that He give us our way in our time is a childish approach to our relationship with our Creator. It’s a demanding attitude based on getting what we want. Whereas a mature relationship with God allows for Him to lead, to give what He wants, when He wants. Then we are receptive—open to things happening not according to our plans, but His. In this way, it allows God to be Himself and us to be ourselves, His children, His disciples who are able to humbly surrender and follow.

I hope that if you are in a season of waiting like me, that these words are like balm to your soul, that they remind you of God’s loving provision. I hope they help you see that He is not holding out on you, or holding back His plans for some reason. He knows the plans He has for you. And as verse 11 of Jeremiah 29 ends, it resounds with hope.

“…plans for welfare and not for evil, to give you a future and a hope.”

12 Ways to Honor the Sacred Heart this June 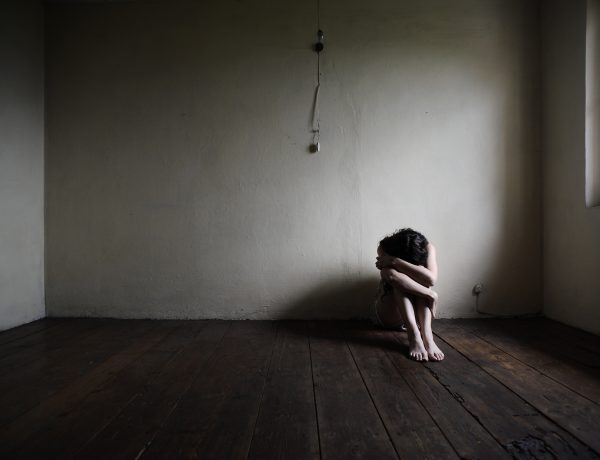 My Journey Through Loss & Grieving Our Twins: Part 2

A Genuine Friendship is a Shelter