I’m Not Where I Thought I Would Be (Thank God!)

We hear the question sometimes: “What would you say to your 20-year old self?” As we reflect on choices, life events, and how our journeys have been shaped over the decades past, we think back on where we once predicted we might be. Of course, in job interviews, we often get that dreaded question, “Where do you see yourself in five years?”

When I look back, I observe that I don’t think I made too many predictions about where I would be. In grade school, I definitely thought that I would be married early, like my mom. In our community, the tradition was to go to college, meet the man you would marry, be counseled to marry them, and have a big potluck wedding reception. Some women stayed single well into their 20’s, but those who were single past age 30 were most often in households where they were seeking to live consecrated lives (committed to being single and with a special devotion to the Lord for the remainder of their lives).

My awkwardness, physically and socially, predisposed me to a lot of fear when it came to boys. The movement of students in elementary and middle school into separate classes, girls only and boys only, did not serve to allay my insecurity about how to be social with boys. This only continued into high school, with bullying and teasing the only real stand-out moments I remember with guys. Deeply sensitive, I hid within myself and could not figure out if the way boys communicated was genuine, joking, or serious. As someone who thought that people always spoke genuinely, I was fooled time and time again. I found it easier to stop talking altogether.

I went to college early, with the intent of majoring in Psychology and going on to Medical School, so that I could return home and run the free clinic my grandfather had founded after his retirement. I only applied to two schools, one in Cleveland, Ohio and another in Tuscon, Arizona. I was not prepared for college, to say the least. My mom actually encouraged me to take a year off before going to university. But in those days, people didn’t do that, and I didn’t want to be seen as different.

I promptly learned just how unprepared I was for college. The real world, compared to the sheltered upbringing I had, stunned and shocked me. Classes, which had been easy for me through high school, were impossible. I was lucky that the university had a policy of “freshman forgiveness,” which is that any class the freshman fails is erased from their record. However, I did not fail enough classes, apparently, and ended my first year with a 2.4 GPA. My dreams of medical school vanished, and I dealt with feelings of failure. Socially, I struggled as well, learning that so many students did not share my worldview and wondering how to socialize with them, learning that my Catholic roommate was sexually active with her boyfriend of many years and justified it theologically, and navigating the treachery of female friendships. All of it was incredibly difficult. Studying was a new concept for me, and I could not get the grasp of it.

My quick four-year undergrad plans changed. I moved home, went to community college for a year, tried to figure out what to major in and applied to universities in my hometown. I coached middle school volleyball, became active in a Christian outreach organization on campus, and decided to live at home while attending classes. I found a new major, Sports Medicine, and had a blast being in the training room six days a week and caring for athletes. Never an athlete myself, I could treat them, be present a sporting events, and travel with them. They did not seem to care that I was not the most in-shape, the most fashionable, or the most attractive girl. They appreciated my care for them and attention to their wounds. It was a perfect match of one-on-one time with elite student athletes.

My professional life developed, but my social life and personal ambitions toward marriage, especially as I watched my friends marry, began to become murky. I was attracted to many men, and was set up on blind date after blind date by friends and colleagues. It was never a good match, though. I appreciated the effort they made toward finding someone for me, but was also surprised by the nuances my well-meaning friends did not see when setting me up. I was also still terribly insecure and, having been asked on a date one time in my life, decided somewhere within me that I must not be pretty enough to warrant a date.

In the midst of this, I was working in administration, having burned out by graduation from the Sports Medicine program. It was a wonderful major, but I had spent so much time in the training room that I could not imagine going back there. And during my internship at the end of my undergrad, I learned that I much preferred spending time with “normal citizens,” not elite athletes, watching folks heal from injuries they thought were mobility-ending.

I came to nursing school as a second career, surprised that I ended up there. The fact of my singlehood allowed me to travel internationally while directing a medical missionary organization. I got to learn Spanish and spend time abroad, learning culture and having my heart blown wide open. By the time I considered nursing school, and when I learned that I could complete a program in a year, it made sense to have the letters behind my name that went along with my intuition.

It was perhaps the best decision I made. The last fifteen years of my life have been surreal. I do have to admit that I looked (and still look) for potential husband material in the hospital. No luck so far! I started in my perfect niche, congenital heart disease, at an elite institution at the forefront of the specialty. I thought I would be there for many years. Then Haiti happened.

I can see the myriad of good things I have been able to experience through remaining single as long as I have. I never would have predicted that I would travel with a disaster relief team after the earthquake, then move overseas to live and work with the Haitians. I am just now starting to unpack many of the memories of that two years, the fast and slow trauma, the wonder and the challenge. My romantic self thought I might meet my husband there, in the midst of the intensity and rawness of working in the trenches. There were definitely some awesome candidates, but I do wonder if such intensity would be the best basis for a long-term relationship.

Reverse culture shock upon my return to the US only served to validate my concern about such a start. There is vulnerability shared in such spaces that is not common in the US. There is also great depth and understanding, that I still search for in my relationships here in the States. I don’t find it.

Emotional and physical breakdown was also not on my list of life plans. I suffered greatly after returning from Haiti, undergoing a literal and figurative transformation in the years following. I have been so involved with rebuilding myself, learning my real heart and motivation, and with seeking out professional work that better meets my skills and life state, that love still has been kept at a distance. I tried online dating for a time, and met several men while living in New Mexico, but have not been on any dates since moving here to Texas.

A big part of me did not think I would ever live outside of my hometown. As the oldest, I felt the obligation to stay close to home and care for my parents as they age. My move to Haiti changed that. I have not focused so much on a long-term plan as focusing on the next step for my life. Particularly since my own illness and surgery, which I will expound upon in a future post, I feel like God emphasizes what I can do now, where I am, rather than explaining to me what will happen in the next several decades of my life.

I am now in a leadership position on my unit at the hospital here in Austin, working in a Cardiac ICU in a pediatric hospital with a burgeoning program. I am still coming into my own in a large number of ways, unafraid to use my voice to advocate for my fellow nurses, patients, and families with an emphasis on looking at the whole person. It has been some of the most fulfilling and challenging work I have ever done. I am incredibly grateful that God has used my life experience, my single womanhood, and my gifting to shape my life into something I could not have imagined.

Will I ever get married? Will I be a mother to human children? Will I be financially stable at some point? Will I form deep friendships here, or find a church that I am excited to join? Will I stay here in Texas long-term? I wonder, but yet I don’t. Because whatever comes next is probably better than I could ask for myself. 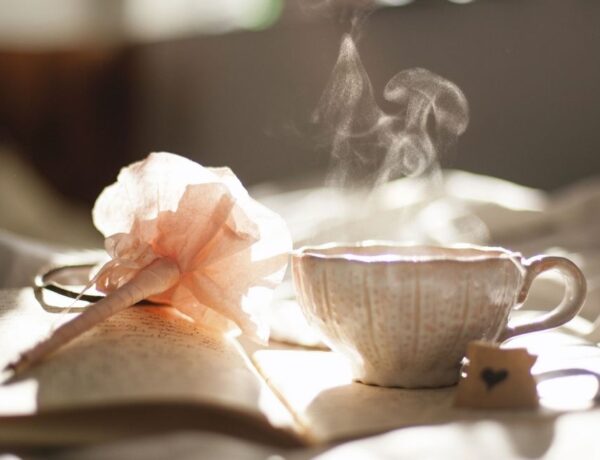 Reencountering the Lord After Great Sorrow

The World is Our Ship