The Mission of Padre Pio

The Life, Sufferings & Mission of St. Pio of Pietrelcina

The life, sufferings, gifts, and miracles of Padre Pio are remarkable. He was a holy priest from an Italian Capuchin Order, mystic, stigmatist, and, as of 2006, became venerated as St. Pio of Pietrelcina. But foremost, he will always be remembered as a man of prayer, and we honor him today on his feast day, September 23.

Padre Pio was born as Francesco Forgione on May 25, 1887, in Pietrelcina, Italy, to Giuseppa and Grazio Forgione, peasant farmers. They had seven children, two of whom died in infancy. As a large, poor family, young Francesco had to tend to their small flock of sheep and could not regularly attend school for many years. But they did attend daily Mass as a family, and Francesco served as an altar boy.

From early on, Francesco showed extraordinary gifts and abilities. His mother said he was a quiet child who loved to go to church, pray, and take on penances. At only five years old, he dedicated his life to God. He saw and spoke with his guardian angel, Jesus, and Mary, but simply assumed that everyone shared these experiences.

He suffered from poor health starting at age six with gastroenteritis, typhoid fever at ten, and various often debilitating illnesses throughout his life. He offered up all of his sufferings to God as a sacrifice for the conversion of souls. “I am fully convinced that my illness is due to a special permission of God,” he once said.

At fifteen years old, he joined the novitiate of the Capuchin Order of the Friars Minor in Morcone, Italy. In honor of Pope Pius I, whose relic he venerated at the chapel in his town, he took the name of “Pio.” One of his fellow novices said, “There was something which distinguished him from the other students. Whenever I saw him, he was always humble, recollected, and silent. What struck me most about Brother Pio was his love of prayer.”

After he turned twenty-three, he was ordained to the priesthood. Shortly after that, he desired to offer himself as a victim for sinners and wrote to his Spiritual Director, Fr. Benedetto da San Marco, for permission.

For a long time I have felt in myself a need to offer myself to the Lord as a victim for poor sinners and for the souls in Purgatory. This desire has been growing continually in my heart so that it has now become what I would call a strong passion. . .It seems to me that Jesus wants this.”

At the age of thirty-one, he received the marks of the stigmata, the wounds of the crucified Christ, in his body. Here is what Padre Pio said occurred:

On Sept. 20, 1918, I was in the choir of the church after celebrating Mass, making the thanksgiving when I was suddenly overtaken by powerful trembling and then there came calm and I saw Our Lord in his crucified form.

He was lamenting the ingratitude of men, especially those consecrated to him and favored by him.

Then his suffering was apparent as was his desire to join souls to his Passion. He invited me to let his pains enter into me and to meditate on them and at the same time concern myself with the salvation of others. Following this, I felt full of compassion for the Lord’s pains and I asked him what I could do.

I heard this voice: ‘I will unite you with my Passion.’ And after this the vision disappeared, I came back to myself, my reason returned and I saw these signs here from which blood flowed. Before this I did not have these.”

“Padre Pio then said that the stigmata were not the result of a personal request of his own but came from an invitation of the Lord, who, lamenting the ingratitude of men, and consecrated persons in particular, conferred on Padre Pio a mission as the culmination of an interior mystical journey of preparation” (EWTN).

The first stigmatized priest in the history of the Church, he bore the painful, bleeding wounds in his hands, feet, side, and shoulder for fifty years. The shoulder wound was his most painful, and he is said to have only discussed it with one person, Karol Wojtyla, or John Paul II. Pio also prophetically told him that he would be the future Pope.

As word traveled, so did many people from near and far when they heard about the numerous extraordinary gifts and charisms God granted him. These included the gifts of “healing, bilocation, prophecy, miracles, discernment of spirits, the ability to abstain beyond man’s natural powers from both sleep and nourishment, the ability to read hearts, the gift of tongues (the ability to speak and understand languages that he had never studied), the gift of conversions, the grace to see angelic beings in form, and the fragrance which emanated from his wounds and which frequently announced his invisible presence” (padrepiodevotions.org).

Beyond his physical sufferings, he bore many spiritual sufferings also. He was uncomfortable with his rising popularity, but likely even more so during a Church investigation of his stigmata. Speculation arose and was even promoted that he had created the wounds himself. He was stripped of his priestly faculties during that time or prevented from publicly praying the Mass or hearing confessions. That great suffering subsided in 1934, when the investigation concluded his wounds were not fake. No matter what he went through, he always maintained an eternal perspective amidst them. “Jesus himself wants my sufferings; He needs them for souls.”

He prayed unceasingly, particularly the Rosary. His witness calls us to persevere in prayer, particularly amidst our own sufferings, illnesses, and pains for the love of God and conversion of sinners. Not only that, but that we do not lose hope or worry, as he is most commonly quoted, “Pray, hope, and don’t worry. Worry is useless. God is merciful and will hear your prayer.”

At eighty-one years old, he returned to the Lord on September 23, 1968. He continuously repeated, “Gesú, Maria” (Jesus, Mary) until his last breath. How fitting that he died clasping his Rosary, as he had always carried and prayed it in life.

“After my death I will do more. My real mission will begin after my death,” he often said.  A powerful intercessor amongst the communion of saints, Pio of Pietrelcina now hears our prayers as well. May we learn from his hopeful example, staying faithful in prayer and sacrifice, amidst our sufferings in these turbulent times. We’ve added a free download of a beautiful healing prayer by Padre Pio here in our shop for you to pray with us for hope and healing. St. Pio, pray for us! 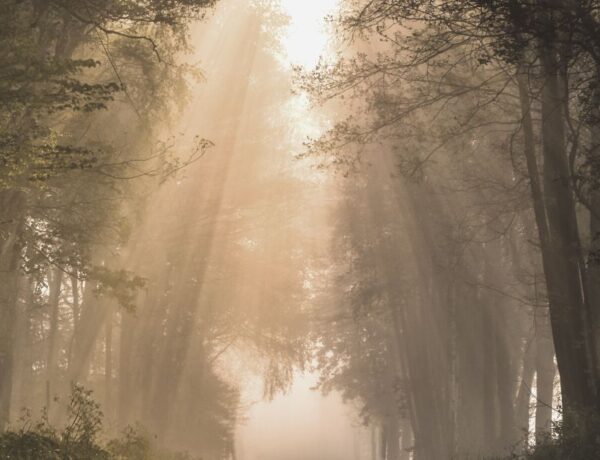 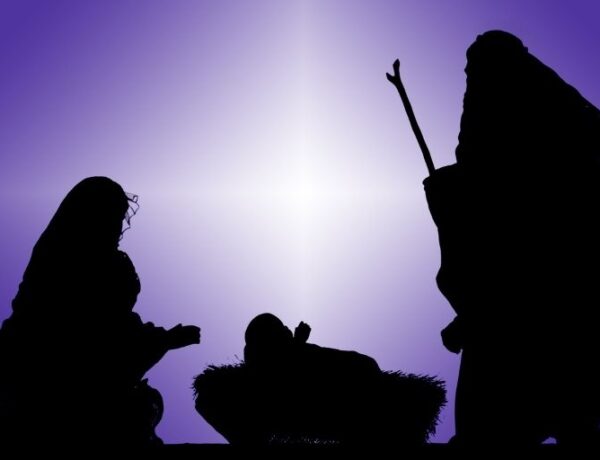 The Warrior Baby of Christmas 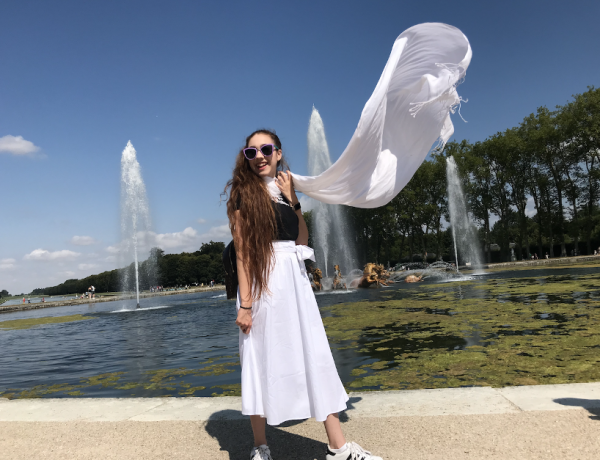 The Secret to Loving Yourself

The Power of Forgiveness