Video of Talk on 20th c. Visionary of the Sacred Heart

This is the first talk in a 3-part series, Saints of the Sacred Heart, on Sister Josefa Menendez. The video is a replay of a live talk on Crowdcast with the speaker’s outline below.

Who was Josefa Menendez?

She was a simple Spanish nun who lived a hidden life. Belonged to a French order, chosen by Our Lord as His messenger in the early 1900’s. Sister Josefa Menendez witnessed many visions of the Lord revealing His inexhaustible love for the world, as well as visions of other visitors from the spiritual realm.

This is based on the book, “The Way of Divine Love,” which is both a biography and writings from her diary on her mystical revelations. In some ways the book reminds me of messages in St. Faustina’s Diary, “Divine Mercy in My Soul” and of St. Therese of Lisieux’s “Story of a Soul,” as the foundations of it are mercy and littleness.

I will share insights from my spiritual reading, including the core messages Josefa received about the Sacred Heart of Jesus, suffering for souls, the evils of the Enemy and Hell, and the love and mercy of Jesus.

HISTORICALLY: She entered religious life in 1919 shortly after the apparitions of Our Lady of Fatima to the shepherd children (May through October in 1917) in Portugal, and Hell was revealed to all of them

Jesus told the young Josefa, “Never doubt the love of My Heart. What matter if the wind of adversity blow, I have planted the root of your littleness in the soil of My Heart.”

As far as appearances go, nothing about Josefa showed she was fit for the lofty mission of proclaiming Jesus’ Divine Message to the world.

But God knows our hearts and while these hindrances might’ve seemed too much, they really were signs of God’s choice.

She struggled a lot. Josefa wanted to be like the other novices “without any extraordinary happenings.”

Jesus told her, “Love, and have no fear. I want what you do not want, but I can do what you cannot do. It is not for you choose, but to surrender.”

Trying to cooperate with His divine plan was a constant struggle for Josefa, though, until the end of her life. Jesus would remind her that the “spirit of faith would keep her in the safe way of obedience.”

BEGAN WITH ATTACKS FROM SATAN

The devil hated Josefa because he knew many souls would be saved on account of her work. His fury of made Josefa suffer a lot, as he tried everything possible to discourage, trick, or thwart her.

He made constant threats to burn the notebooks that Josefa wrote (under obedience) the words of Jesus, because He knew that Our Lord wanted to use them for souls. While He constantly tried to thwart her, Josefa knew “he will not succeed, and to the end of time many souls will draw new life from them.”

“The love I bear for souls, especially for yours, is so great that I can no longer contain the flames of burning charity that consume Me…” – Jesus

Jesus would appear and “speak with the most burning love” as Josefa would write His words down in notebooks “as they fell from His sacred lips.”

Josefa recorded her reactions to each of the Lord’s visits

At first, she felt an intense desire to humble herself. Would see her soul stained with sin and ask pardon. Wouldn’t have dared approach or speak but for an “irresistible attraction” that impelled her forward, soul full of peace. “The more I try to humble myself, the better it seems to please Him.” Very often she renewed her vows and kissed His feet.

Her experiences varied, as sometimes

Jesus would unite Himself with her in various ways:

The heavenly exchanges did not prevent the nun “from leading the most simple and laborious life with the other novices.”

Jesus “insisted” Josefa, “Tell your Mother everything.” And that “if I ask you one thing and your Mother asks another, I prefer you to obey her rather than Me.”

Our Lady appeared many times to Josefa, intervened to help her, and helped strengthen her amidst fears. Brought her into alignment with God’s will

ST. JOHN the EVANGELIST – he came to rekindle in her heart the fire that must consume her with love for the Divine Heart.

ST. MADELEINE SOPHIE – Foundress of the Order, appeared as forerunner of peace. Would summon her at times to the little cell which she had once sanctified by prayer and holiness

MISSION OUR LORD ENTRUSTED TO JOSEFA

He is grieved by the indifference, coldness and loss of so many souls.

Jesus described His work to Josefa as:

“It is love…I want to use you to reveal more than ever before the mercy and love of My Heart. The words or desires that I give to the world through you will rouse zeal in many souls and prevent the loss of many others, and they will gain an ever fuller realization that the mercy of My Heart is inexhaustible.”

Christ taught Sr. Josefa the secrets of His love

“You will be a living example of my mercy.” He wanted to show that if He loved and favored her “who are of no account whatever, what am I not ready to do for others more generous than you?”

He reminded Josefa many times of her nothingness,

“…love and suffering can obtain anything…Do not weary of them…it is for souls.” – Mary

Jesus wants us to be courageous and be fruitful:

He desires that we find life in His words, to take courage from the understanding of how our efforts would draw fruit. “A little act of generosity, of patience, of poverty…may become treasure that will win a great number of souls to My Heart…”

Not greatness or holiness, but only love.

JOSEFA REMINDS US OF OTHER SAINTS

Like St. Margaret Mary Alacoque, who Jesus used to rally devotion to the Sacred Heart two and half centuries earlier (16th c.), Sr. Josefa offered herself in sacrifice for religious souls, priests, and all kinds of sinners.

Just as Jesus said to St. Margaret Mary, “If I had been able to find a creature more miserable than you, I should have chosen her,” He said the same to Josefa.

Her vocation was to be a victim-soul, to share in His suffering. Reminds us of St. Therese of Lisieux who offered herself as a victim of merciful love

THE SACRED HEART CAN USE EVERYTHING FOR GOOD

Helplessness and nothingness attract Him:

More than 100 times, God permitted the devil to take her down to Hell. She would spend long hours, sometimes the whole night, in unspeakable agony.

She endured all the tortures of Hell but one, the hatred of God. She heard the sterile confessions of the damned—cries of hatred, pain, despair. Her body would agonize in pain.

Pride, pleasure, and driving us to despair are the biggest tools of the Enemy to lure us to Hell. “Love of pleasure is the door through which you will reach them…”- Satan

Josefa once heard a demon cry, “The world is ripe for me…I know that the best way to get hold of souls is rouse their desire for enjoyment…Put me first…me before the rest…no humility for me! but let me enjoy myself…” (Oct 4, 1922) And another demon confess his powerlessness over a soul who had escaped him, “Someone must be suffering and repairing for them” (Jan 15, 1923).

On one account, September 1922, she wrote in her notebook:

“My soul fell into abysmal depths, the bottom of which cannot be seen, for it is immense…; Then I was pushed into one of those fiery cavities and pressed, as it were, between burning planks, and sharp nails and red-hot irons seemed to be piercing my flesh. I felt as if they were endeavoring to pull out my tongue, but could not. This torture reduced me to such agony that my very eyes seemed to be starting out of their sockets. I think this was because of the fire which burns, burns… not a finger nail escapes terrifying torments, and all the time one cannot move even a finger to gain some relief, not change posture, for the body seems flattened out and [yet] doubled in two. Sounds of confusion and blasphemy cease not for an instant.

“A sickening stench asphyxiates and corrupts everything, it is like the burning of putrefied flesh, mingled with tar and sulfur…a mixture to which nothing on earth can be compared…although these tortures were terrific, they would be bearable if the soul were at peace. But it suffers indescribably… All I have written is but a shadow of what the soul suffers, for no words can express such dire torment.

What was the purpose of her visits to Hell?

Oct 1922: Josefa reflected on how useless the descents into Hell were, as she was weary of suffering.

She suddenly saw a brilliant light, like the sun, dazzle her eyes. The voice of Jesus said, “God’s Holiness is offended and His Justice demands satisfaction. No, nothing is useless. Every time I allow you to undergo the pains of Hell, sin is atoned for and the divine wrath appeased. What would the become of the world if reparation were not made for offenses committed? There are too few victims…too few…”

Josefa never went to Purgatory, but she saw and spoke with a number of souls who wanted her to pray for them, as well as some who told her they escaped Hell because of her prayers. By offering little acts, she also shortened the times that some souls spent there.

The souls would often humbly accuse themselves of the faults that had them in Purgatory. Such things as losing a vocation on account of reading bad books, vanity, lacking fervor in religious life

Sr. Josefa’s only desires were Heaven and the accomplishment of God’s will.

Jesus told her, “That will be our work in Heaven, Josefa; to teach souls how to live united to Me, not as if I were far away, but in the, because my grace I dwell in them.”

The core of Jesus’ messages to Sister Josefa appear in two books: The Way of Divine Love (a detailed biographical account of her life) and Christ’s Appeal for Love (a shorter version).

She also has some other writings: 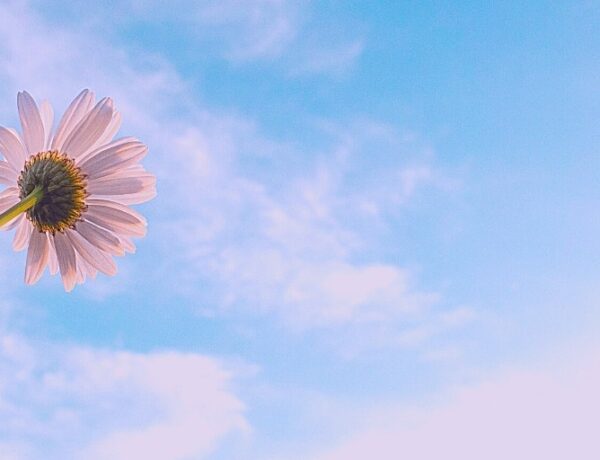 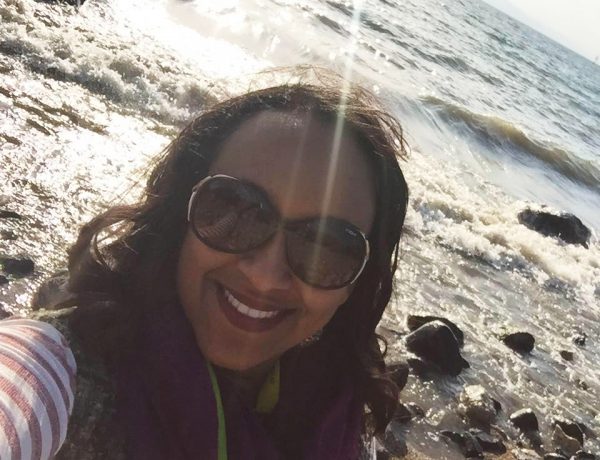 Seeking to Be Fully Alive 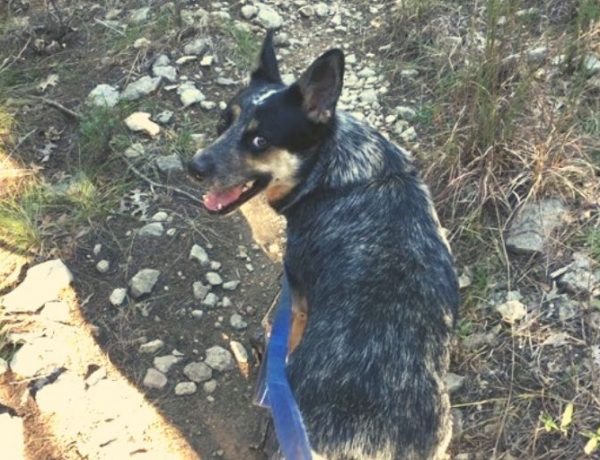 Heart of Jesus, Son of the Eternal Father

The Importance of Spiritual Fatherhood