Stumbling Back to the Heart of God

Coming Back Home to the Church & Discerning the Consecrated Life

My childhood was spent running barefoot through the meadow and the woods and the gardens of northwest Indiana with the dogs and the neighbors’ dogs, and whatever bugs or snakes or toads I decided to befriend. In my memory, every Sunday is as bright as Easter morning, where my grandma reminds me again and again not to play outside in my nice dresses. But I wanted to sing of the glory of God with all creation.

I imagine Eden was something like this blissful peace, this constant companionship with God. Freedom from sin and death and decay. And I long for it. I long to return to that total trust, those days when I knew I was held in the Father’s Hands, and my heart was so full of the knowledge of that truth that there was no room to doubt it.

During First Communion preparation classes, our teacher claimed, “Some of you in this room might be called to the priesthood or consecrated life.” When it came up, it hit me as a profoundly deep joy that I might be one of those people she was talking about!

Around that same time, though, I experienced a trauma that broke the closeness of that friendship with God. In anger and confusion, I didn’t quite have the words to express it, and I directed my feelings of betrayal at God. I knew He loved me. I didn’t understand why He didn’t do more to protect me. And then, for 16 years, I forgot. I forgot the trauma but also the joy of the time that had preceded it.

I stopped going to Mass, which was easy since half my family didn’t regularly attend, anyway. I stopped singing the songs from Mass as I walked through the garden. But I didn’t remember being angry with God. I didn’t think I had any reason to be angry with Him. After all, I still tried to love Him.

When it came time for the students in my 8th-grade class to prepare for Confirmation, I struggled with God. I didn’t believe the things Catholics were supposed to believe. I didn’t intend to start practicing the things Catholics were supposed to practice. In good conscience, I couldn’t make a promise to God that I knew I didn’t intend to keep. So I didn’t receive the sacrament with my class.

At the same time, I made a promise to God that I would learn enough to make a full commitment to Him if that’s what He wanted, but He had to convince me it was what He wanted. So He spent the four years of my high school career drawing me closer to Him, reminding me of who I am, who I knew from my childhood He was calling me to be.

One day in religion class, a religious sister told us that if we wanted to hear God speak, we just had to ask Him a question and then listen with a humble heart. I tried it. I decided I didn’t like what He had to say. But He, through prayer, became as constant a Companion to me as He had been during my early childhood, even when I tried very hard to ignore Him.

Somehow, during a career fair, I ended up visiting the vocations table and inquiring about vocations to the consecrated life. After their initial shock that my inquiry was serious, I was told I needed to be Confirmed first.

I walked away thinking there was no way I could do that. After all, I didn’t even know how to return to the Church. I thought I’d dodged a bullet.

“Come home,” God would tell me in prayer.

And I would respond, “I know what happens to the people who follow you, Abraham and Moses and Job and all Your martyred apostles. Maybe I’ll be a real Catholic someday when I’m old and brave. But not now. Not yet.”

I planned to go to college to be an astrophysicist, or maybe a veterinarian. But I had this nagging reminder from second grade that God made and gave us gifts so that we would use them to glorify Him, and I knew my gifts didn’t primarily lie in the physical sciences. So I decided one night to ask God what He wanted me to do.

“Write, child,” was the immediate response, both from within some interior part of myself I’d forgotten and also from far beyond myself. I was so in awe of Him that I didn’t think to make the argument that had been key to my struggle, that going to art school was stupid and impractical. I’ve since learned that people who fall in love with the Artist of Creation do things that often don’t make sense to worldly sensibilities.

It was there, in a writing class where Genesis 1 was presented as an example of what the voice of an authoritative narrator sounds like, that I fell in love not just with words, but with the Word. God Himself. God Incarnate. God, who I saw for the first time as a storyteller, was like me. The One who knew me on the deepest, most fundamental level of my existence.

That love terrified me. I knew I needed Him. But I didn’t know the way back to Him. I wasn’t sure I wanted Him to show me (because, despite all the times I prayed, “Lord, please let me marry anyone but You,” He was very insistent that none of the earthly men I met were men He intended for me).

Two years later, my great-grandma, the most devout Catholic I knew, passed away. I’ll forever be grateful to the friend who sat in my apartment with me while I was waiting for the news.

And yet, for all the support of that love, there was only one Love I wanted for comfort. The next day was Ash Wednesday, and the cathedral was on my way to the train station from my internship. So I went to Mass, fighting myself the whole way there. At the bottom of the cathedral steps, I hesitated and was about to turn away, but a woman who’d passed me in my hesitation held the door open for me.

She was waiting. For me.

So I went in, terrified that all of the “real” Catholics who must be gathering would recognize me as an outsider, a traitor, somehow marked externally by my lapsed faith. But then I looked up at the crucifix hanging over the sanctuary, and none of that mattered. Everything I’d lost, everything I’d been searching for, was here. Home. He loved me enough to die for me. And I would live for Him.

Mass began, and when the priest took bread and wine, and they became the Body, Blood, Soul, and Divinity of Jesus Christ–I recognized in the Eucharist the Heart of God. He who became so small to be like us in everything. Love Incarnate. And when I knelt down after Communion, I asked, “What do you want me to do?”

Immediately after that, there were announcements that classes would be starting the following Monday for Catholics who were Baptized but for whatever reason hadn’t received the Eucharist or Confirmation. To say that God is good is an understatement.

The biggest struggle I had during those classes was over which saint I wanted to choose as a patron. I narrowed it down to the archangels Michael and Raphael. Michael, I had a stronger devotion to. Raphael is the patron saint of marriage and relationships. Part of me felt that if I chose Raphael, God would somehow be forced to allow me to be the bride of a man who was fully human and not fully divine.

In the end, I surrendered: “Lord, if you’re really crazy enough to want me to be a bride of Christ, You’ll make a way. My life is Yours.” And in the minute before the final deadline to choose a Confirmation saint, I wrote my name as Michaela.

A little over a year later, when I moved back home after planning to work for some New York publisher, I almost fell away from the Church again. God’s plans weren’t making sense, and I was beginning to doubt whether He really knew what He was doing. But He drew me back again. And again.

And He’s drawing me deeper still.

I’m still in discernment, learning how and more precisely where God is calling me to serve Him in the world. In some sense, even when I enter my state in life vocation, my whole life will be a process of discerning the next thing He’s calling me to.

But I’m glad to be home, in His capable hands, always returning to His Heart. It is very good. 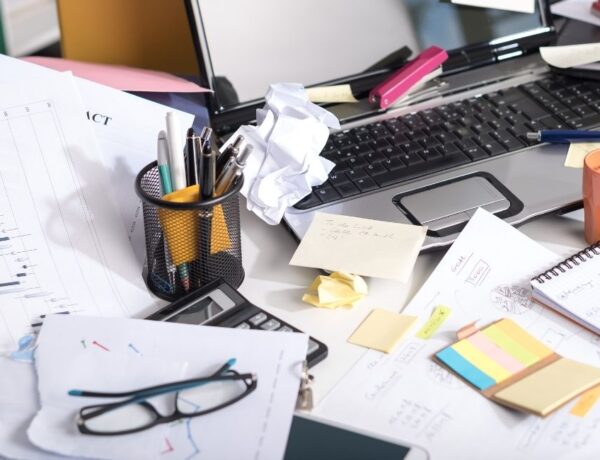 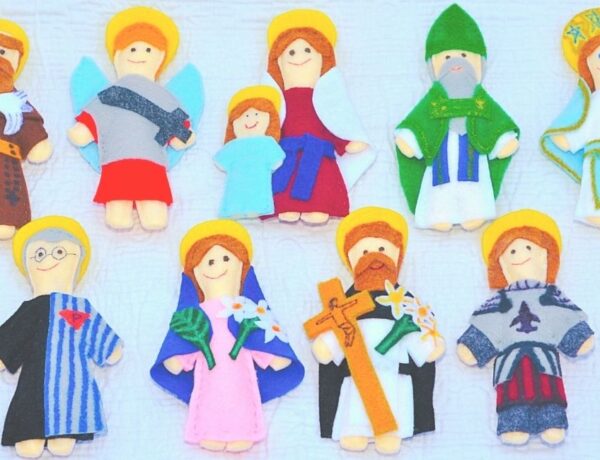 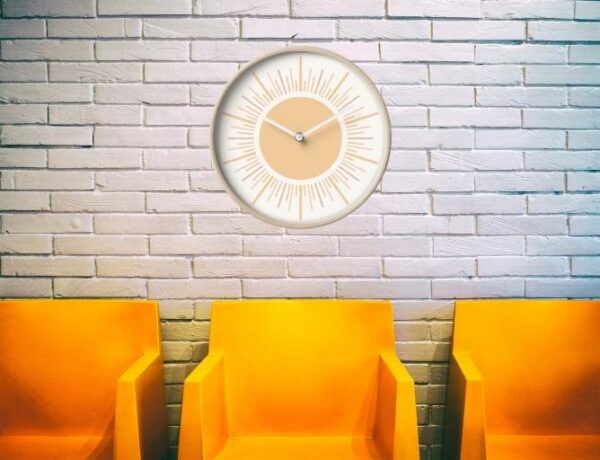 The Goodness in Waiting

Finding the Grace to Open Our Hurting Hearts to Love