The Power of Forgiveness

What Does it Really Mean to Forgive, and Why Should We Do It?

verb (used with object), for·gave  [fer-geyv], for·giv·en, for·giv·ing.
to grant pardon for or remission of (an offense, debt, etc.); absolve.
to give up all claim on account of; remit (a debt, obligation, etc.).
to grant pardon to (a person).
to cease to feel resentment against: to forgive one’s enemies.
to cancel an indebtedness or liability of: to forgive the interest owed on a loan.

If you’re human, like me, chances are you have been hurt by at least a few individuals and/or groups in your lifetime, and that you have injured fellow humans as well. We are imperfect people, and we wound others. Some wounds are easily forgivable; others stay with us for years and can have a permanent impact on the course of our lives and how we live them.

I have experienced wounding. I have been the object of anger, I have been the person toward whom insults, abuse, epithets, and hatred have been spewed. I was raised by two imperfect parents in an imperfect family where cycles of unhealthy dynamics formed the base. I have had major conflicts with friends and have had to end some of those friendships based on an inability to resolve a deep issue between us. I have also worked hard to repair relationships, which is painful but worthwhile for those relationships which are salvageable after conflict, and can actually shift to much healthier bonds. I have written about toxic relationships that do grave damage, that sear away at the truth hidden within ourselves and the confidence with which we are meant to live.

Wounds damage us. They facilitate the perpetuation of the lies we believe so easily, that we are unlovable, undeserving of goodness, inferior, damaged, incapable, and that we will never be good enough. They have power when we let them, and the words and actions quickly imprint into our minds, hearts, and spirits. They scar us. They cause pain and give openings to feelings of resentment, unbelief, anger, and hatred. In this fallen world, we can easily attach to that hatred and anger and can become determined to live in unresolved conflict, with ourselves and with another.

Why is forgiveness good for us? Why bother with it?

The Greater Good Science Center at the University of California, Berkeley, defines forgiveness in the following way:

Psychologists generally define forgiveness as a conscious, deliberate decision to release feelings of resentment or vengeance toward a person or group who has harmed you, regardless of whether they actually deserve your forgiveness.

Just as important as defining what forgiveness is, though, is understanding what forgiveness is not. Experts who study or teach forgiveness make clear that when you forgive, you do not gloss over or deny the seriousness of an offense against you. Forgiveness does not mean forgetting, nor does it mean condoning or excusing offenses. Though forgiveness can help repair a damaged relationship, it doesn’t obligate you to reconcile with the person who harmed you, or release them from legal accountability.

Instead, forgiveness brings the forgiver peace of mind and frees him or her from corrosive anger. While there is some debate over whether true forgiveness requires positive feelings toward the offender, experts agree that it at least involves letting go of deeply held negative feelings. In that way, it empowers you to recognize the pain you suffered without letting that pain define you, enabling you to heal and move on with your life.”

Forgiveness is a decision, and it is a process. It is not an event, a quick fix, or an eraser. Forgiveness is a resolution within ourselves, that we will not allow a wound, offense, conflict, or injury to hold power over us and keep us from living our fullest life. When we forgive, we do not forget or remove responsibility from the offender. We do fulfill a duty to ourselves, however, to accept a situation as it happened and resolve within ourselves that it cannot be changed. We release the hold that the conflict has had on us, we acknowledge the injustice, and we learn more about how we want to live in the face of its results.

When I returned from two years abroad, I placed a lot of stock in one friendship. This was a friendship that had developed over many years, and was based on a common Christian foundation. This friend and I had similar worldviews, and I admired her strength, gentleness, wisdom, intelligence, and how she always seemed to know the right words to say. During my time away, we had both faced challenges and, in my view, had been a great support to one another during them. I only knew what she chose to share with me about her situation, and I trusted that she was being honest with me. I chose to be very vulnerable with her, and shared some of my toughest struggles as I lived them.

Upon my return, I realized that my heart had changed on a profound level during my overseas experience. As I absorbed and digested these changes, I continued to count on this friend for support and looked forward to deepening our friendship. She, however, began to push me away. She became less communicative, shared less and less of her life with me, and was indifferent to my efforts to reach out. We had two very awkward interactions, and I went against my better judgment in pursuing a better understanding of where she was and why she was acting this way. I apologized for what I perceived were wrongdoings on my part, and she expressed forgiveness. But as we talked through our differences, it became clear that something was very wrong in the relationship. She was not hearing me in the ways I was used to being heard by her, and there was increased tension with every communication we had. I became more and more upset with the evolution of the friendship, and at the time I could not see the weight I had placed on it and the unhealthy ways it was affecting my life. Finally, I received an email from her. As I read it, the distortion of our relationship in her eyes was evident. I read offense after offense and detail after detail of how she perceived my vulnerability, willingness to be open, support, and attempts at encouragement. The accusations stunned me and the realization that this relationship had been warped for many years sent me reeling. Every lie I had worked so hard to overcome within myself came rushing back to me, and I was undone.

I ruminated for months, experienced anger in ways I did not know were possible, and the damage continued to unfold in my heart. I reached out in attempts to resolve the chasm between us, but the result was more wounding and revealed that my trust in a friend had been betrayed. Secrets and fears I had shared were, in turn, shared with others and used against me. I could not understand why anyone would treat a friend this way, and I felt blindsided by the injury. I hung onto hatred both of myself and her, and I began to self-destruct.

We have heard friends or family, victims and/or survivors of unspeakable acts, say, “I will never forgive that person for what they did!,” or “that is simply unforgivable,” or, “I hate you and I always will!” But what good does it serve anyone to sit in that unforgiveness and anger? How does it benefit any of us to hold onto feelings like that against others? Yes, some acts seem absolutely impossible to forgive. Until we realize that forgiveness, as stated before, is for us, not for the other party. To forgive is not to absolve. To forgive is not to remove the act or offense that was done to us. It is to remove its power over our lives and the paralyzation it manifests. To sit in unforgiveness allows the offending party to have influence and power, and to limit us in our ability to move forward. Chances are that we are thinking of that person or group with much more frequency than they are thinking about us, filling our minds with “what ifs” and consuming our hearts with hate.

When we choose not to forgive, we choose to give away the power we have to control ourselves. We choose to perpetuate conflict, and to allow that conflict to manifest in every area of our lives. We put up walls against intimacy, truth, vulnerability, love, and kindness. As Christians, we are compelled to forgive, because in forgiveness is freedom. We are freely forgiven, and to live in wholeness we must be willing to forgive others.

Forgiveness is not resolution. Forgiveness does not mean we must continue a relationship with another person who has wronged us. In healthy relationships, marriages, family life, and with friends and colleagues we trust and value, forgiveness gives opening to resolution of differences and reparation of wounds. But for those relationships beyond reconciliation or for which it is not a healthy option, forgiveness releases the darkness that has surrounded us, permits the repair and irrigation of deep wounds, and allows the light of truth to permeate our lives.

The relationship with my former friend was beyond repair, and for my health, I chose to release it. It took me several years to do so and to let go of the hope that the past could be changed, that I could be understood, and that my piece could be spoken. There was no resolution or reconciliation between us. We are very different people, and our spheres are completely divergent. I did not receive an apology, and I learned through my own healing not to expect one. All resolution regarding the relationship was within myself, and I came to terms with the injury. For her good and for mine, I have forgiven her. 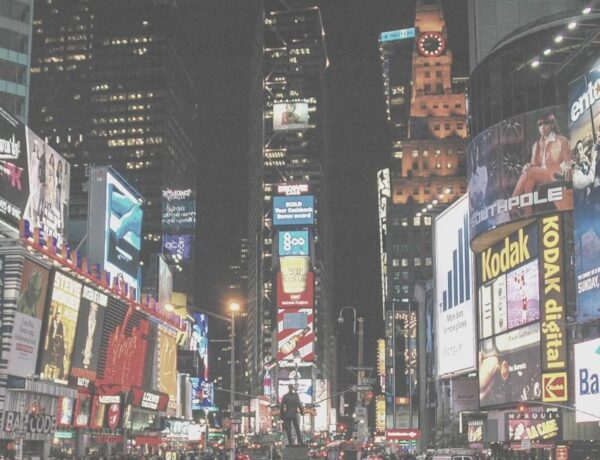 3 Insights Into the World’s Loud Messages 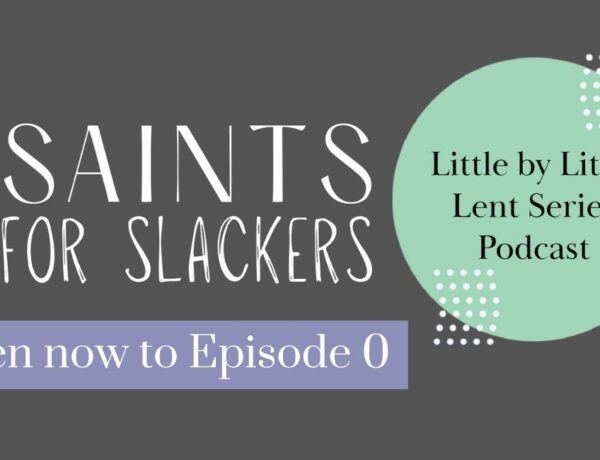 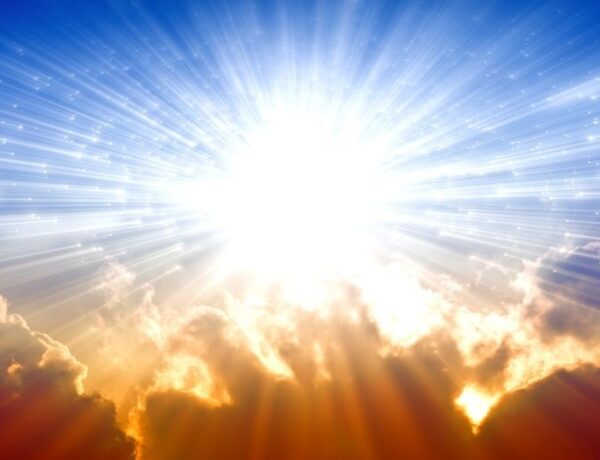 Do I Really Aim for Heaven?

The Mission of Padre Pio